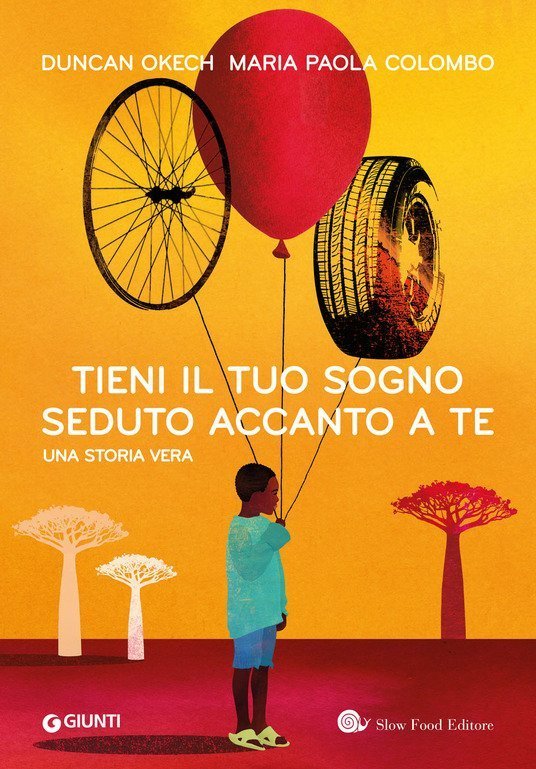 “My mother’s name was Sabina and she gave birth to me during the rainy season. And because I came into the world as it was raining, my second name is Okoth, which means rain.” When Duncan starts his story, many springs have passed since that day, and he is far from the village in the Kenyan savannah, from his mother who died too young, from the sisters he left there, from the brother who took him to the big capital but did not protect him. Very far from those piles of garbage that were his means of survival, from the children with whom he shared life on the streets and from the school where he found salvation. Now he is in the most unlikely place that destiny could have brought him: in Pollenzo, at the University of Gastronomic Sciences, where young people from around the world arrive to learn the art and science of food. What has brought him here has been his extraordinary tenacity, but also a chance encounter, with Eugenio, an Italian who came to Kenya to meet his adoptive daughter. Duncan and Eugenio began to communicate through the fruits of the land, cultivated by the pupils at the school run by Moses, which for years represented Duncan’s family, and their friendship was like a seed, destined to germinate and sprout over time. The thread of the story skillfully woven by Maria Paola Colombo is made of words: The words that Duncan sought, one after another, to tell his story, the words of those letters that for years were sent back and forth between Moses’s school and Italy, the words of Carlo Petrini, who urged Duncan to always keep his dream close to him, on the invisible table where the meaning of life is played out. The story of this young man, who grew up eating trash and eventually landed in a place for studying how good food can feed the planet, is the story of a possible future that all of us can contribute to building, every day.

With lecturers’ permission, presentations will be recorded and made available to students who are unable to participate in-person, again pending prior authorization; recordings will be uploaded to our YouTube channel.

We invite all to participate.