The University of Gastronomic Sciences, founded in 2004 by the international non-profit association Slow Food in cooperation with the Italian regions of Piedmont and Emilia-Romagna, is a ministerially recognized, private non-profit institution.

Its goal is to create an international research and education center for those working on renewing farming methods, protecting biodiversity, and building an organic relationship between gastronomy and agricultural science.

The university forms gastronomes, new professional figures with multi-disciplinary skills and knowledge in the fields of science, culture, politics, economics and ecology of food, working to apply them to production, distribution and sustainable consumption.

UNISG students, hailing from around the world, gain dynamic experiences in artisanal and industrial food production, thanks to complementary education in both sciences and humanities, sensory training, and hands-on learning during study trips across five continents.

To date, more than 3000 students have studied or are studying at UNISG.

The “Strategic Plan” is a key document that outlines the university’s planned development over a three-year period. It expresses the institution’s fundamental mission and the characteristics that distinguish and qualify it within the Italian and international academic landscape.

The University Policies and Planning describe the objectives and define tools aimed at continuous quality improvement. In particular, they outline specific policies and related actions that the University plans to achieve to reach the objectives outlined in the strategic plan for teaching, research and third mission.

The document “Planning and University Policies”, presented to the Faculty Council and Executive Committee on March 14, 2018 can be viewed and downloaded here >

“From here onwards I shall begin to outline an extremely important role of Nature and will explain to man his proper foods, compelling him to admit that he does not realize how his life is sustained.” (Pliny the Elder, The Natural History, Book XX, Chapter 1) 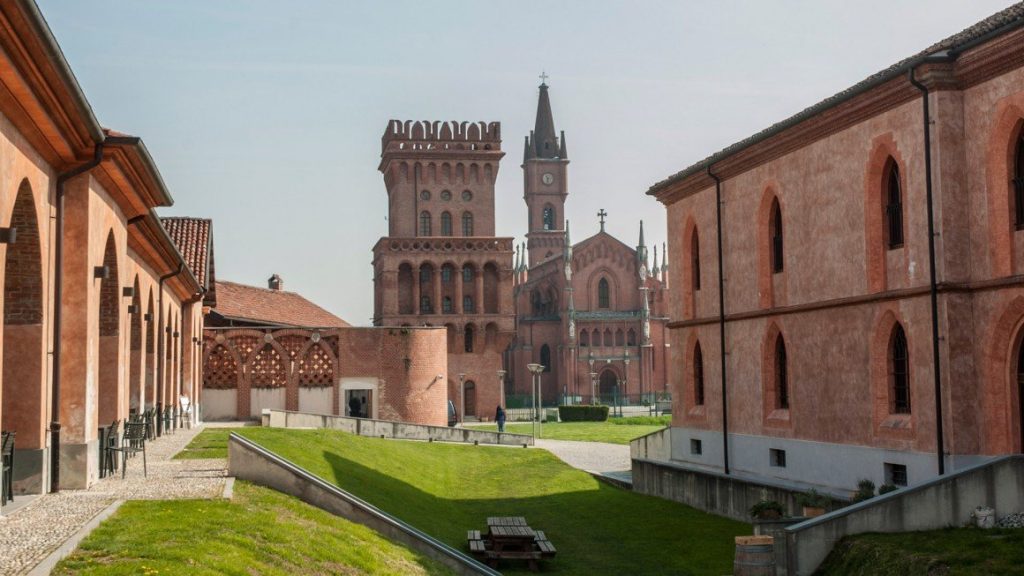 Eating is one of the first sparks of life and essential to its continuance. But evidence of the importance of food has nonetheless remained almost always indecipherable, cast into shadow by most of official culture and science. Just like food, the word “gastronomy” is fascinating, but also ambiguous and elusive.  With a long but often hidden history behind it, gastronomy has emerged only in recent decades as a foundational subject for culture and society.

The University of Gastronomic Sciences of Pollenzo is the first university in the world to accept Pliny’s ancient challenge, positioning it within the contemporary context of research, science and culture on a global scale and guided by a systemic vision, because gastronomy is everywhere. It does not concern only certain foods, certain ways of cooking and consuming them, certain traditions or certain places in the world. Every product of the land, the seas and the forests can be gastronomy. Every cuisine, from the simplest and most domestic to the most refined, can be gastronomy. Every mode of consumption can be gastronomy. Gastronomy is the study of everything related to food, understood as a cultural and scientific value. Gastronomy has to do with all living things, whether plant, animal or human. It is passion and love for life, wherever it is realized in relation to the primary and eternal need to eat.

Gastronomic sciences participate in and promote a complex, systemic and inclusive model of knowledge. This is not structured according to the dualistic paradigm of rigid opposing categories—like body/soul, perceptible/intelligible, praxis/theory—but according to the model of relationships and coevolution, of involvement and parity of value. Gastronomy is not just a nutritional necessity but also desire and pleasure; it simultaneously studies and comprises technical abilities, know-how, invention and the creative imagination. In gastronomic sciences, knowledge is both science and culture at the same time.

In the Pollenzo university’s vision, gastronomic sciences place theory and praxis, contemplation and observation, books and hands, mind and body, writing and orality, gesture and word on the same level, both by right and in practice. The interaction takes place as much on the plane of the natural sciences as the humanities, following a holistic and critical model in which the whole set of relationships inherent in the study of food define a domain that is greater than the sum of the individual disciplines, with the aim of producing new interdisciplinary and cross-cutting languages, rigorous but flexible, suited to meeting the epistemological, ethical, social and political challenges of our time. We must provide adequate responses to the emergencies that characterize our present in order to construct a better future for all the planet’s inhabitants.

Social and economic injustices, the ecological crisis and the scarcity of available natural resources have for some time been the cornerstones of our present emergencies, and they also call the issue of food profoundly into question. Many authoritative voices, from many sides, are increasingly suggesting the need for an “integral ecology,” which puts happiness and equality among peoples back at the heart of life on Earth. Gastronomic sciences contribute to providing responses and solutions for the establishment of a global ecological model based on favouring differences and biodiversity.

Gastronomic sciences propose an epistemic, ethical, economic and political vision in which food is not seen as a pure object of domination by humans. They strive towards the preservation of cultural heritage, connected more generally to the safeguarding of the planet, the freedom of access to food and the knowledge connected to it. In this context, individual liberty and responsibility for the life of other living beings are necessarily interwoven, because without the latter, the former is also threatened.

Studying gastronomic sciences means conceiving and practicing a new form of life, which combines diversities and cultural specificities with the universal need and desire for good, healthy and fair food for all. Because food concerns all of us, and belongs to all of us.

The gastronomist studies in order to understand the processes of food, from production to consumption, from techniques and technologies to symbols and narratives, and is equally interested in what feeds the body and what feeds the soul.

The gastronomist tastes, experimenting and exploring, navigating the open seas of experience and history, using food as a vector of civic awareness and ethical responsibility. Along with theoretical study, participatory observation and first-hand experiences are at the center of their education. Through direct experience, the gastronomist learns the respect, care and humility that are indispensable to fully understanding the importance of the value of food as one of the original community-forming links between all living beings.