“It won’t be the people with scientific knowledge or political influence who will shape the future of food:  it’s ordinary people solving every day but essential problems of how we provide good and economical food”

I started out as a historian of Mexican food and I’ve written several books on how Mexican food is developed and spread around the world. And my current research is really more focused on world history and I try to get the big picture, to look at how food has shaped human societies and experience from the earliest times to the present and around the world.

It’s a broad prospective and it’s one that I think is particularly valuable in the study of food because, so often, we focus on the local and, of course, food is always local; it’s what you are eating at the moment. But, we can’t really understand where food comes from unless we move beyond that local because all food moves around, just as people do. Even the foods of a particular location, in one time, have arrived from around the world. So that’s the perspective that I try to bring. 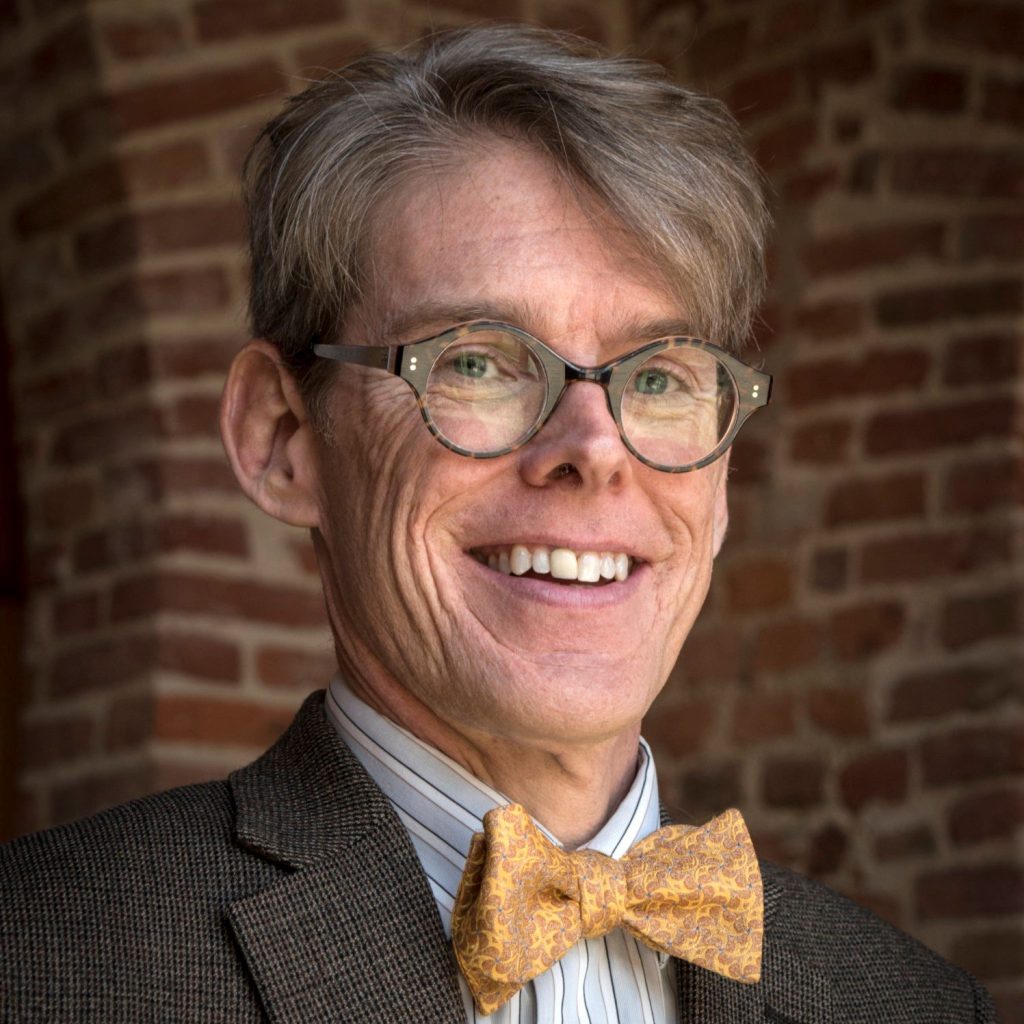 The readings you recommend to our students include food in Mesopotamia, in the Ancient Greece and among the Romans. How did you choose this itinerary and how could you fit it in such short period of time?

Trying to cover all of human history in just a week is obviously impossible, and so really, what I want to give the students is, first of all, a broad overview to give them experience from around the world and throughout time. But, the second thing I want to do is to introduce students to historical methods, to how we do history and why it matters; how we think about things. And particularly, from a world historical perspective, it’s about the exchanges that have created our foods, and the ways in which looking beyond the traditional view of the development of Western civilization, the way that global interactions have been so fundamental for the development of society, and particularly, looking at those people who have been overlooked. African slaves brought an incredible wealth of knowledge and skills with them to the Americas and they really shaped the development of food in our societies. By the same token, when we look at countries that have been colonized as a result of European imperialism, those areas too, the cuisines of them were not just conquered by Europeans, they actually in many ways came to shape European food today and continue to do so.

And, so, rather than try to focus on the content and learn a lot about a particular place, I want to give the students a perspective on how foods move and why it’s important to see change happening.

Do you consider yourself more a historian or someone more focused on food? Is there a balance between these two passions?

I’m really fortunate in that I’m able to bring together my two passions as a professional historian and as a lover of food.

Food history is something that people have always been interested in, but it’s only in the last generation that it’s gained acceptance as a professional topic. I think our interest in food as a society has grown, and as it has grown, we’ve become more concerned about the past with trying to understand where we come from, and so, I think that’s really why food history has become a recognized academic field.

Can you tell me what connections with other sciences you have as a food historian?

Doing the history of food really requires us to connect with many different fields—whether it be the social sciences, anthropology, geography, political science, or the actual physical sciences of chemistry and biology, which are so fundamental to the foods themselves.

In a way, as a historian, I’m not a scientist or a social scientist, I try to be able to speak across them because history is really a very nice meeting place for these different approaches to food or really approaches to any kind of knowledge; precisely because historians, in addition to trying to understand the topic, are really committed to enunciating, to narrating, to telling these stories to a broad audience. I think that insistence on speaking broadly, and not just within the discourse of a particular science or social science, is one of the great values of history.

How do you see our university in the international landscape of food studies?

Pollenzo is unique and certainly one of the first ones that has given such emphasis to practice, the actual production of food, and sought to connect it to the academic learning and that’s really something that had long been divided. Food science had obviously been something that’s been very important for universities, agricultural programs and the like, but not an appreciation for the food quality and certainly not an appreciation, not an attempt to situate it into humanities and the place of society. I see Pollenzo as being a leader in trying to connect some important fields.

The word gastronomy comes from the French and it’s coined in the early 19th century and at a time when food itself was going under some very revolutionary changes, with the social changes of the French Revolution. And, it was an attempt to relate to sort of one almost having a professional knowledge of food and a wide range of it, and at the same time, an aesthetic appreciation of it. I think that many of those same conditions are true today as the industrial food system has become so pervasive, and it spawned a lot of dissatisfaction. I think that a gastronome is one who is knowledgeable, who can think creatively and perhaps come up with sorts of new approaches that may help us to produce food better and more sustainably in the future; and who really values the aesthetics and the taste of food, as much as, the other qualities that other scientists more typically focus on.

How do you see the future of food, according to your position as an historian normally dealing with the past?

Historians really, professionally, don’t like to predict the future because we’re trained to look at the past and we know that unexpected things happen. But, one of the things that I’ve seen is that there have been many attempts to try to transform food; to try to improve production in our diets. Often times, these attempts come from people with great knowledge and power and they’re motivated by the best of intentions. And yet, the kind of didactic approach of telling people ‘ This is what you should eat’ in the past, has often times, been less than successful and I think that it’s not so much the people with scientific knowledge, economic power and political influence who will shape the future of food: it’s ordinary people, it’s cooks in the kitchen, really solving that every day, but essential, problem of how we provide good and economical food that is tasty and satisfying. Rather than looking to some new scientific innovation that’s gonna save the world, we should look to the farmers, the cooks, the traditional food processors who have been solving these problems in a way that really makes sense for people and not seems, perhaps, the most rational, the most economical, from that scientific perspective.

Are there any recollections you would share with us about your career?

I started out doing the history of Mexican food, in part, because I had never really tasted Mexican food until I was about the age of 20. In the United States and certainly in my family, we ate very bland food. The first time I ate Mexican food, prepared by Mexicans, the chili pepper was so hot that it literally was like steam came boiling out my ears and it was a traumatic moment, but it was one that changed my life. It was almost sort of like the Buddha who was awaken to the possibilities of what flavors can be.  I’ve really spent the rest of my life pursuing flavor as both an experience and as an academic career.