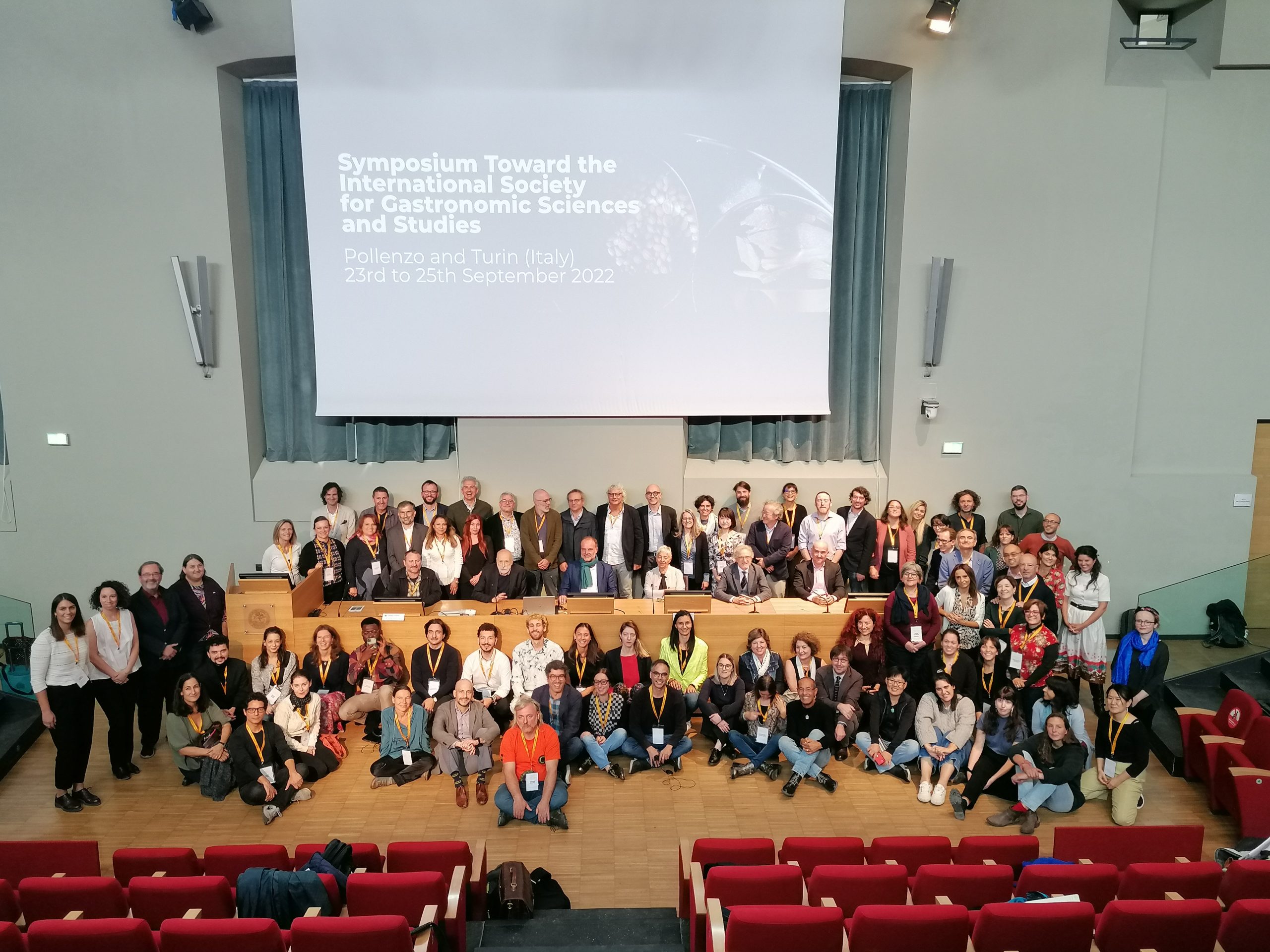 The foundations were laid, Sunday 25 October, to build the International Society for Gastronomic Sciences and Studies, promoted by the University of Gastronomic Sciences of Pollenzo, involving scholars and researchers from all over the world, with a symbolic picture taken in the main hall at the Cavallerizza in Turin, at the center of which are the rectors of UNISG Bartolomeo Biolatti and UNITO Stefano Geuna alongside Carlo Petrini, to propitiate the union between academic knowledge and civil society.

The Symposium, focused on the creation of the first International Society of Gastronomic Sciences and Studies, was alternating the works during three days between Pollenzo and Turin, bringing together participants from numerous Italian and international universities.

This moment of study and comparison was deliberately planned precisely in the days when Terra Madre Salone del Gusto 2022 was held in Turin. And this has really favored the interaction between different spheres of disciplines and skills: the ‘Inspirational Commitee, in fact, composed by Fritjof Capra, Gary P. Nahban, Nancy Turner, Chido Govera and Satish Kumar, represents a world of voices from different worlds and disciplinary fields.

The closing session of the Symposium led to a shared consideration on the importance of interdisciplinarity and going beyond the boundaries of the academic world. In short, leaving aside an academic and Western Eurocentrism, to embrace a vision of a broad community that is open to listening to other voices.

Finally, Carlo Petrini launched the biggest challenge with his charismatic and visionary appeal to bring together representatives of all the universities of the world in 2025 in Paris, on the occasion of the bicentenary of the publication of the founding stone of gastronomic science, namely The Physiology of Taste by Anthelme Brillat-Savarin.

And now, get ready and hands on for the next meeting for the newly formed International Society for Gastronomic Sciences and Studies!