“The gourmand’s first duty is to sample everything and have an aversion to nothing” (Alexandre B. L. Grimod de La Reynière)

In the first letter I shared with you I explained why the figure of Brillat-Savarin and his first work, The Physiology of Taste, were unequalled sources of inspiration for me.

In this, our second “virtual meeting,” I’d like to offer you a more detailed overview of what we identify today as the origin of modern gastronomy by speaking about another member of the French bourgeoisie who also experienced the clamor of the Grande Révolution. Precisely thanks to the climate of ferment of that extraordinary period in history, the figure I speak about here also succeeded in influencing and “flavoring” the subsequent development of Gastronomic Sciences. I am referring to Monsieur Alexandre B. L. Grimod de La Reynière. 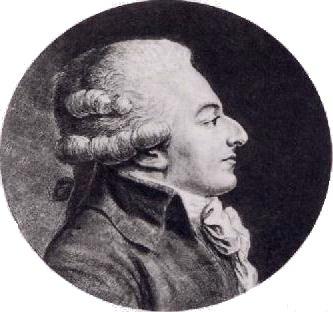 Besides being contemporaries and fellow Frenchmen, Grimod and Brillat-Savarin have many other things in common. So many that it comes as a surprise to learn that they never actually met. Like Brillat-Savarin, Grimod also came into contact with gastronomy by way of Parisian legal circles, though on account of his conduct, inappropriate for a man of law, he was soon dismissed from the bar association and branded as an eccentric.

What is most fascinating about the figure of Grimod is his “critical” approach to every aspect of his life. Born into a family who had been fermiers généraux (tax collectors) for generations, as a young man Alexandre already showed a visceral passion for fine food and wine, as well as rebelliousness towards every milieu he became familiar with. His way of practicing the noble legal profession–representing pro bono the poorest of people overwhelmed by the taxes imposed by his own relatives–was emblematic of his character.

I regard another part of Grimod’s style as essential for any good gastronome: namely his ability to address serious subjects light-heartedly. He suffered from birth from a grave malformation of his upper limbs but he was able to overcome the disability both emotively and physically by harnessing the comic-heroic style he shared with his fellow gastronome Brillat-Savarin.

The Italian historian Capatti says that in Grimod’s gastronomy “were dissolved eroticism, erudition, black humor and relish for gossip and rumor”.

As Ned Rival explains in his detailed biography of this eccentric gourmet, Grimod was the creator of food and wine literature. Not because he was, chronologically speaking, the first writer to review food shops and restaurants but because he endowed the genre with a style–his style–that gave life to a fashion that has persisted to this day.

It was largely with his Almanach des Gourmands that Grimod was able to enter–and rightly so–this new literary-gastronomic world. The work, which is composed of eight Annals published from 1803 to 1812 (the product of the table-talk of a group of friends, just like the Slow Food movement), is the progenitor of all subsequent food and wine guides. From the very first Annal, the last of the La Reynière dynasty delineates food and wine itineraries around the new post-Revolutionary Paris with an elegance, at once critical and libertine, that allowed his authorship of the unsigned work to be recognized. 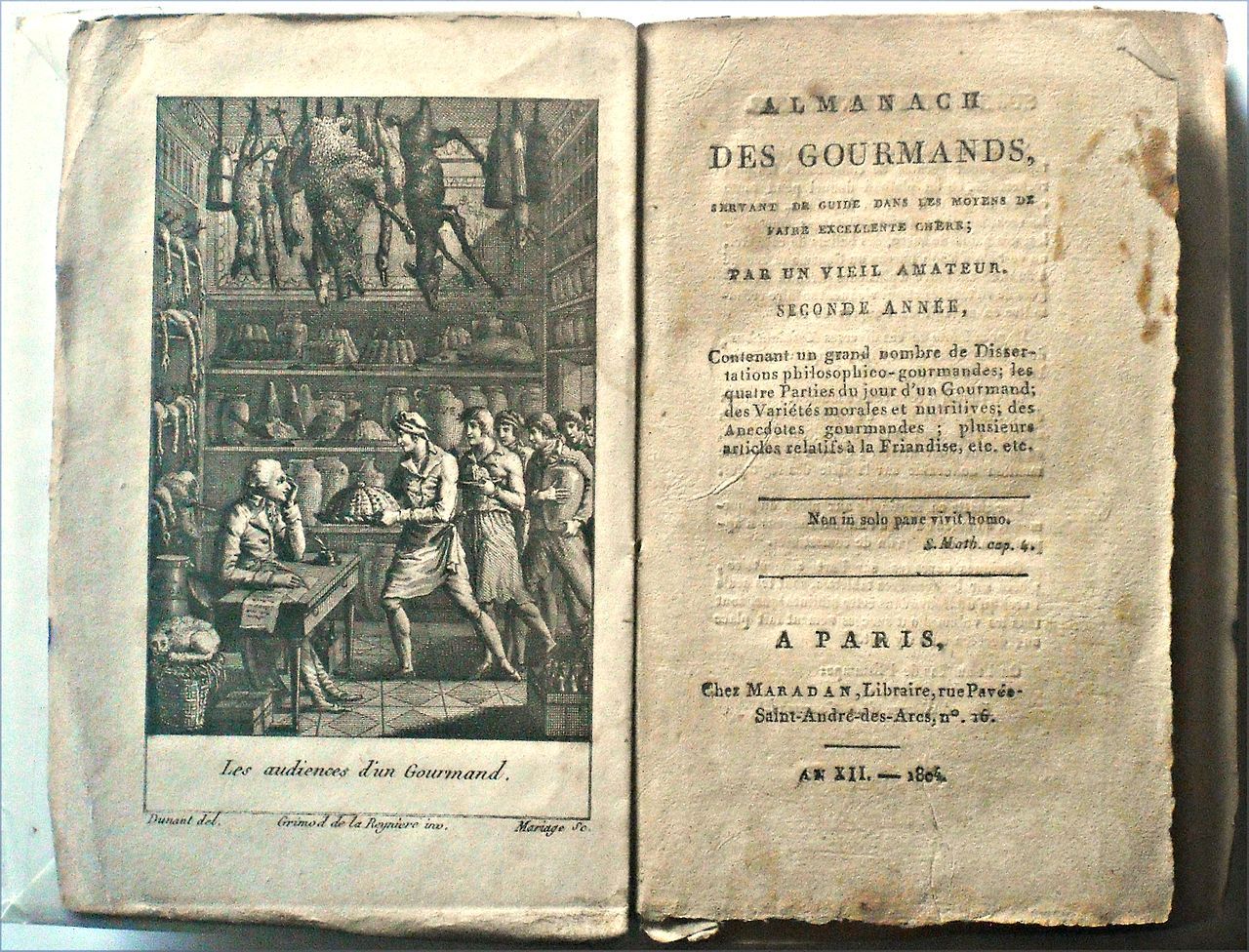 The guide I am speaking about could be relied upon to tell the reader where to find the best food at the best price, the food that was capable of whetting the appetite of the gourmands of the time. It was certainly read by and inspired Brillat-Savarin. The judge-cum-gastronome’s theories were much more avant-garde, as Grimod himself acknowledged when he expressed his regret at not being his fellow countryman’s equal as to refinement of thought. Of The Physiology of Taste, he wrote, “It is a book of high gastronomy, in the face of which my Almanach des Gourmands is nothing but a sad rhapsody”. That said, it should be pointed out that Grimod was the first to admit the enormous importance of the role of women in gastronomy, and also to speak about the physiology of eating and drinking as an essential element of gastronomy. To my mind, this is also to be avant-garde.

If Brillat-Savarin amalgamates his taste with intellectual thought, Grimod grasps his refined prostheses, a fork and a goose feather quill, to strike gourmands at their hearts, or rather their stomachs. Precisely because of their characteristic comic-heroic style, the two men succeed better than anyone else in raising gastronomy and the pleasure of the table from being frivolous and paltry to the status of knowledge worthy of interest and nothing short of elevated.

Believe me, the writing style of a gastronome is compelling only when it captures the attention and raises the awareness of people with regard to food-related issues, playfully and lightheartedly. This is a characteristic that makes us gastronomes stand out from all other purveyors of scientific learning.

Even Grimod’s death reminds us that the comic-heroic style is something that is too often lacking in the scientific approach to the world. The (comic) gastronome hero who wrote Almanach des Gourmands and Manuel des Amphitryones passed away, in fact, on Christmas Day 1837, just before the proverbial festive lunch–which he had been very much looking forward to, by the way–and after battling for the very last time against his worst enemy: a glass of water.

“That man ought to have lived for a century” (Grimod on his fellow countryman, Brillat-Savarin).

We have the onus and the honor of knowing and understanding and finding out more about the origin of Gastronomic Sciences, a subject that is now part and parcel of the academic world in Italy and beyond. It is an experience that is comprehensible only if we place the figure of Grimod de La Reynière side by side with the judge-cum-gastronome Brillat-Savarin.

They both teach us to connect the knowledge of the intellect with knowledge of the palate and their two ways of understanding gastronomic knowledge–different but sharing the same style–are necessary for a complete vision of the world of gastronomy, yesterday and today. Without full understanding of the bond that ties these two gourmands, we will never be able to grasp modern gastronomy in all its complexity. And as a consequence, we cannot expect to forge the way of the gastronomy of the future either.

After 35 years of experience, I think I can say that if I hadn’t kept looking back along the way at these two gastronomic geniuses of over 200 years ago, the mark left by Slow Food and the University of Gastronomic Sciences would have been profoundly different. I can’t even guarantee that there would be any trace at all.

Here I’m speaking in particular to our students: if you wish to call yourselves gastronomes, gourmets or gourmands, you really must be familiar with these stories fom the past. This is where the authenticity of things lies: a gastronome is not only a tourist but, on the contrary, a traveler who keeps his knowledge alive through curiosity.

As you have seen, there are many interesting things to extrapolate from early-19th-century post-Revolutionary French society, a socio-political context that has significantly characterized our modern western society in general, and gastronomy in particular. This why I have felt it important to offer you this copy of Ned Rival’s Il buongustaio eccentrico, vita e opere di Alexandre B. L. Grimod de La Reynière. The book will help you to immerse yourself in the hugely significant libertine environment of the time and to fully understand the context in which our favorite subject, Gastronomic Sciences, was born.

I conclude by wishing all those of you who have followed my train of thought through to the end, to mold yourselves with levity and playfulness. This way it will be easier to overcome the uncertainties and challenges that the ongoing pandemic continues to pose. 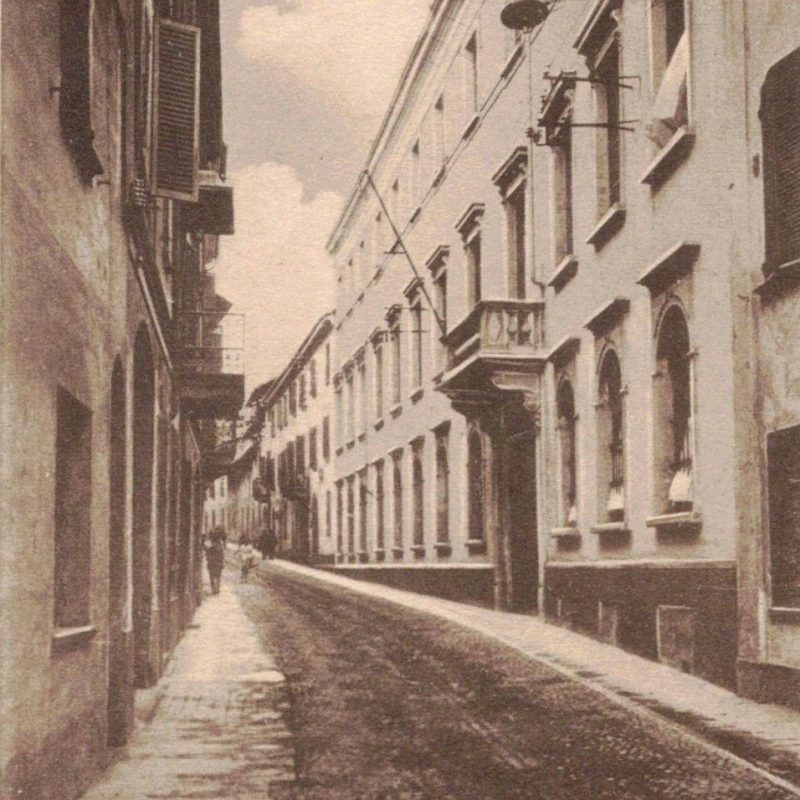 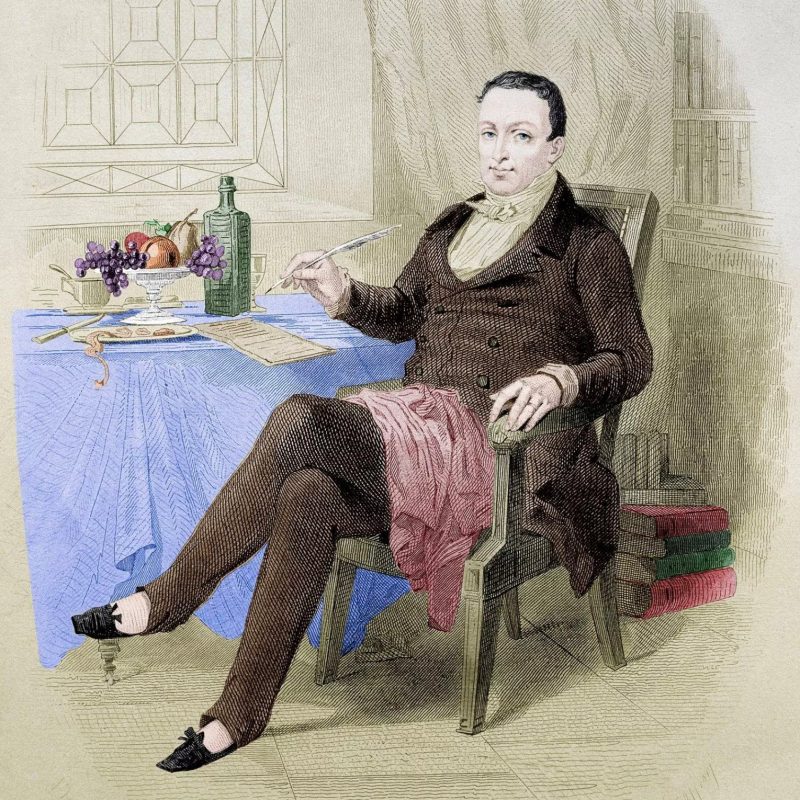 The Figure and Work of Brillat-Savarin 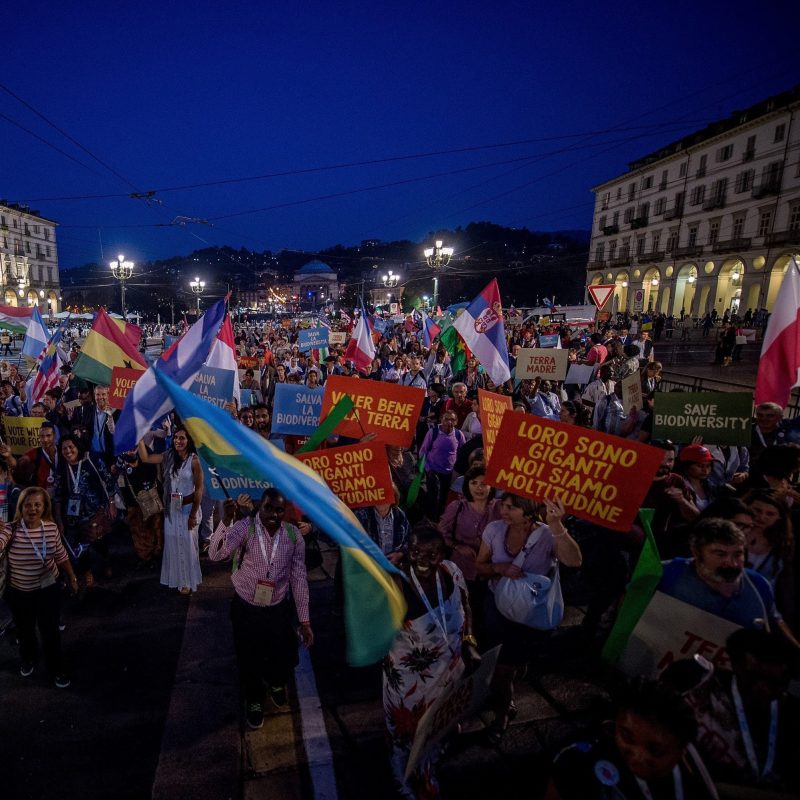 The Meaning and Value of Community