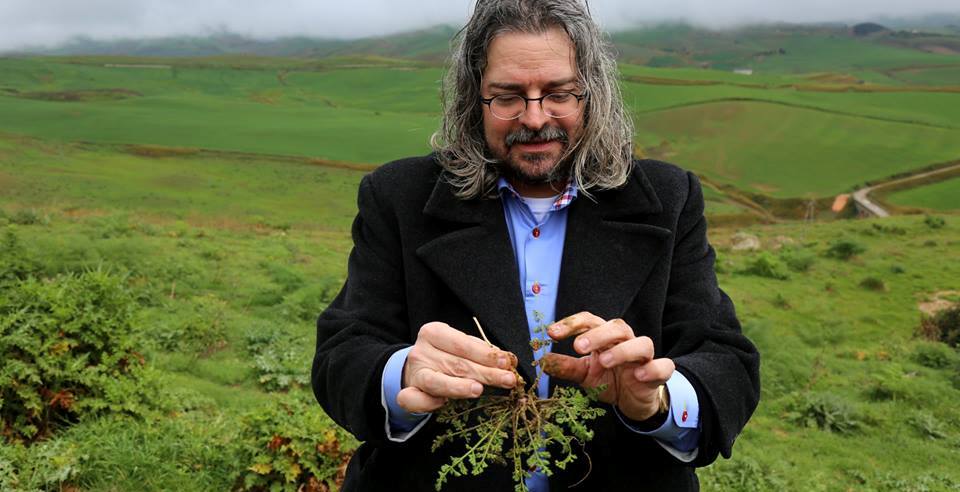 Professor Andrea Pieroni, who lectures in food biodiversity sciences, ethnobotany and ethnobiology at Pollenzo, working with two Kurdish researchers, Hiwa M. Ahmed and Hawre Zahir, has recently carried out field research in southern Iraqi Kurdistan. The research focused on the wild vegetables traditionally gathered and consumed during the spring in this Middle Eastern region.

Their study has shown how the Kurdish use of wild herbs is located at a crossroads between Arabic, Caucasian, Persian and Turkish culinary cultures. The researchers’ analysis has for the first time proposed a possible new interpretative trajectory for the Neolithic Revolution, based on the fact that one of the most popular wild vegetables in the area studied is a wild grass (Imperata cylindrica), whose tender green shoots are eaten raw.

This suggests the fascinating possibility that the cereal grasses domesticated 10,000 years ago in this area were being used not only for their caryopses (always found in archeological sites), but also for their young aerial parts, used as a vegetable.

The study was carried out in several villages in the Hawraman area of Iraqi Kurdistan, both among Sunni Muslims as well as Yarsanis (Ahl-e Haqq), followers of a tiny, threatened, ancient monotheistic religion.

These findings suggest that investigating the ethnobiology of Kurdistan is more urgent than ever before in order to document folk plant uses at a crucial crossroads of historical and cultural trajectories in the Middle East.