The two central problematics of this thesis are the historical marginalisation of artisanal knowledge and practices, and the increasingly endemic crisis of reality which is being experienced in Western modernity.

I argue that these two seemingly distant problems are in fact symptoms of common underlying historical causes which I explore across a variety of different topics and historical periods. The first chapter deals with re-approaching the problematic of the marginalisation of artisanal knowledge, not by asking how it is an epistemic system worthy of an evaluation, but by reframing the question. If there is something incongruous between the epistemic realities of Western modernity and the epistemic realities of the artisan farmer, and we accept that there exists a crisis of reality occurring in Western modernity, does it make sense to approach artisanal knowledge from a reality we ourselves do not believe in? I argue that we rather need to take a radically different approach to engaging with artisanality, and that in this attempt we might also in turn be provided with new approaches to our own reality crisis.

I proceed with establishing a model for approaching the problem through respectively a critique of Gianfranco Baruchello’s farm as artwork project Agricola Cornelia S.p.A, and an analysis of Massimo Cacciari’s reading of Arcimboldo in the context of Renaissance hermeticism, notably Giordano Bruno’s concept of the bond. I posit that by re-reading Arcimboldo in this context – that is, as mannerist who, like Bruno positively radicalised the reality crisis of their time –, his approach might serve as a metaphor for us to deal with our own crisis of reality. Then, in the following section, utilising Deleuze and Guattari’s concept of minor/nomad science alongside Federico Campagna’s work on alternative cosmogonic structures, I examine the history of artisanal distillation, its material-philosophical origins, its emergence from alchemy and hermetic-philosophy and how the strained relationship with power structures it maintained throughout its history express the creative potential and value of nomad artisanal knowledge. 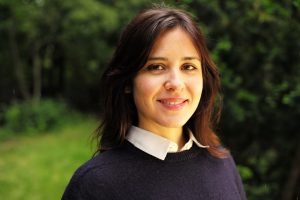